200 mm fab: The LotTrack DisTags are attached to all 8″ wafer boxes. LotTrack LoadPort Reader and LotTrack ToolDisplays are implemented on all load ports of the tools. In addition, LotTrack SmartPlacer are installed on the flexible transport robots, enabling hybrid automation at the human-robot interface.

Wireless communication with all LotTrack devices such as the DisTag, LoadPort Reader and SmartPlacer, as well as the DisTag localization, takes place via the LotTrack Antenna Lines. The LotTrack Control Suite processes all data and information and integrates the LotTrack system into the customer’s IT systems, such as MES and Dispatching Client. 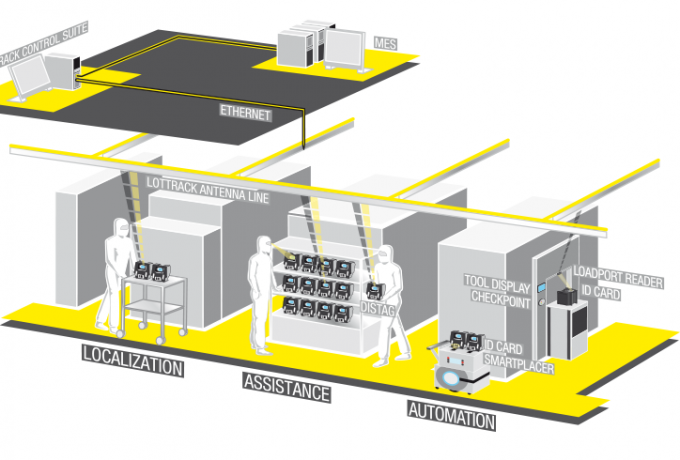 The DisTag is the central component of the LotTrack system and the basis for functions such as operator assistance, automated tool starts as well as global and place-based localization. As an intelligent man-machine interface, it is attached to all wafer boxes or SMIF pods and integrates several innovative technologies. Its high-contrast, low-power display and pick-by-light functionality enable operator assistance. Ultrasound, wireless technologies, motion sensors and optical sensors enable tool automation for load & go workflows and batch localization up to 0.5 m as well as place detection. The DisTag COM is battery powered and wirelessly communicates with the LotTrack Antenna Infrastructure. 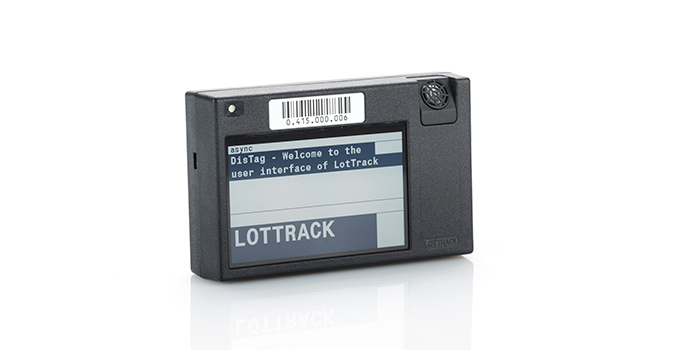 LotTrack DisTag on an 8“ Wafer Box 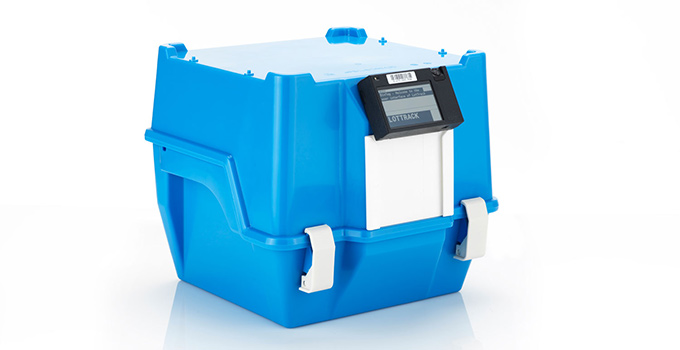 The LotTrack LoadPort Reader enables Load & Go workflows for open-cassette fabs. The load ports of all tools in the fab are equipped with LoadPort Readers. LotTrack ID Cards with a 1D/2D barcode are attached to all wafer carriers. Alternatively, existing barcodes on the carriers can be used. When a carrier is placed on a load port, real-time authentication is performed through a barcode scan by the LoadPort Reader. This enables automatic tool starts. 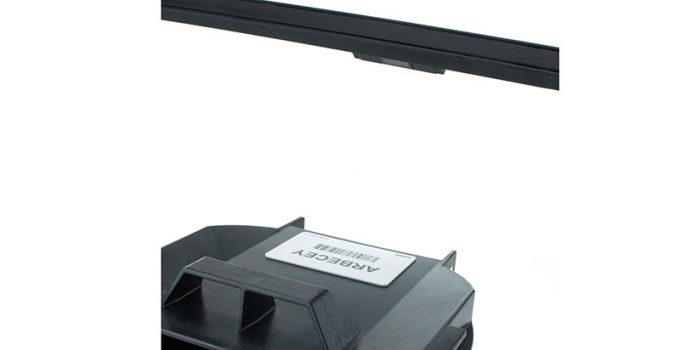 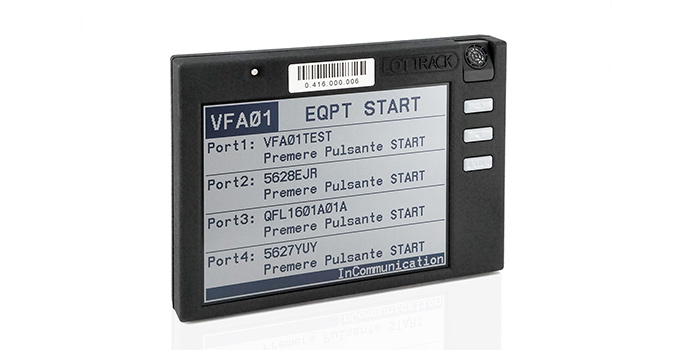 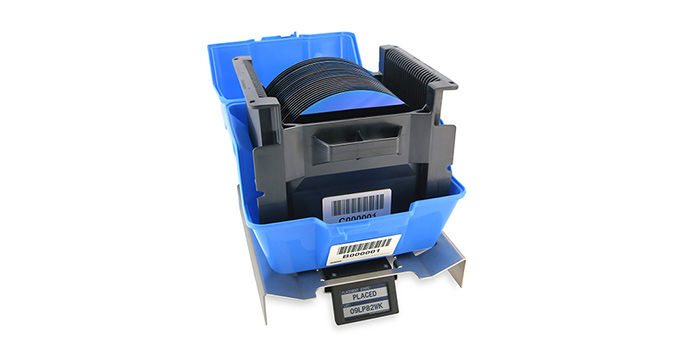 The LotTrack ID Card is a smartcard equipped with RF and 1D barcode. It is used on wafer carriers, wafer boxes and transport robots for unique and secure identification. 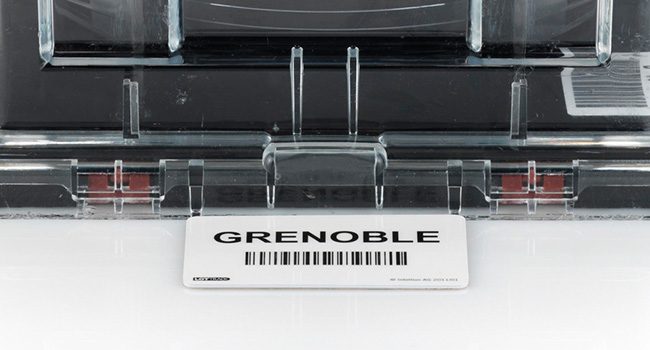 The LotTrack Antenna Line interacts wirelessly with the LotTrack devices on the shop floor, such as the DisTag, LoadPort Identifier or LoadPort Reader. Its main functions are RFID communication with all wireless devices and global localization of wafer boxes and pods with an accuracy of up to 0.5 m. A LotTrack Antenna Line consists of individual antenna modules that can be easily and quickly attached to the cleanroom ceiling. Using Intellion's proven ceiling mounting system, the implementation time in the running fab is reduced to a minimum (easy retrofit). 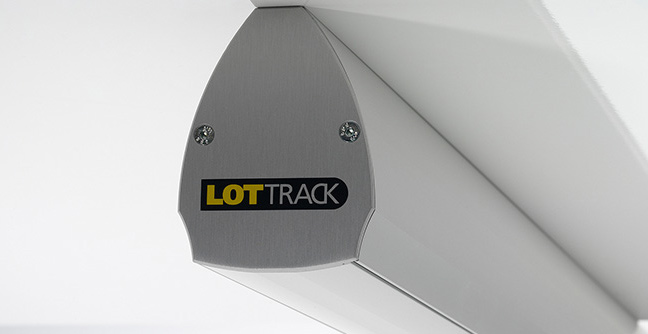 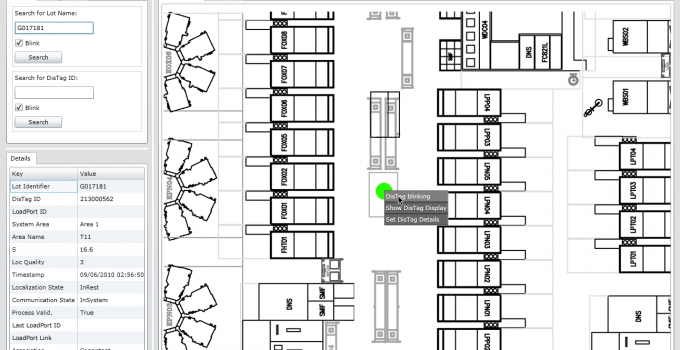 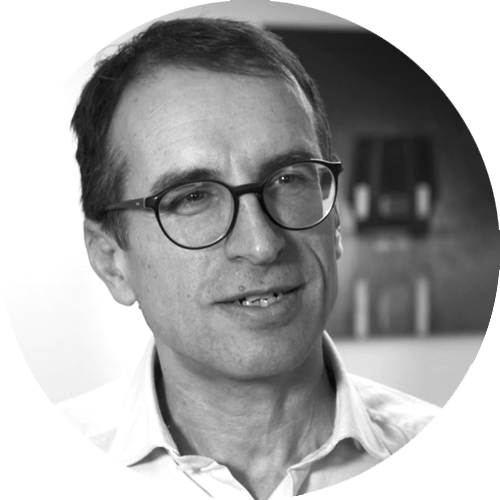 I am looking forward to your call.